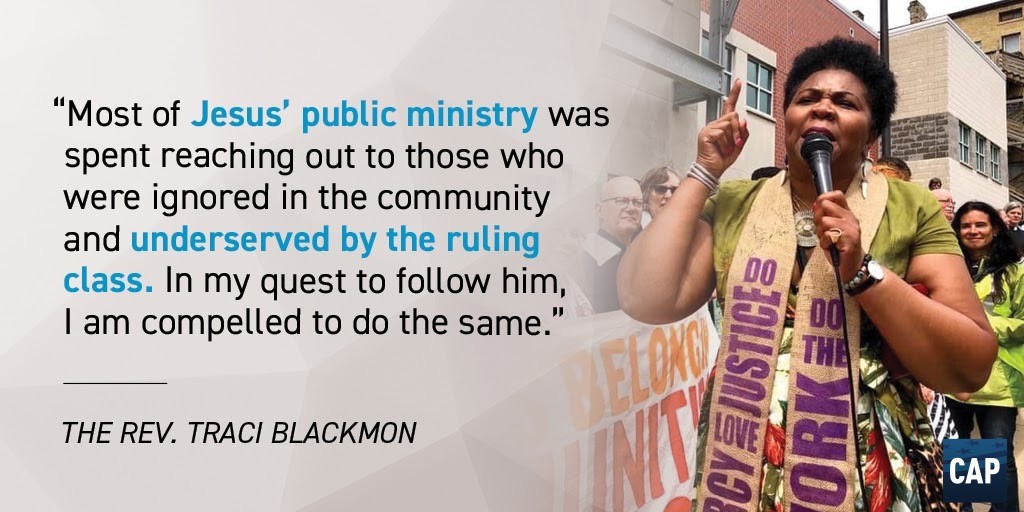 Change maker, trail blazer, bold voice for change – all describe the United Church of Christ Associate General Minister, the Rev. Traci Blackmon, named by the Center for American Progress as one of 15 faith leaders to watch in 2020.

Blackmon, executive of the UCC Justice and Local Church Ministries and pastor of Christ The King UCC in Florissant, Mo., has been honored by  the independent nonpartisan policy institute for creating positive change through advocacy; specifically for taking bold steps to get out the vote through nonpartisan mobilization and engagement in 2020.

As the article reads, “The ability of American democracy to advance the common good relies on the active participation of the nation’s residents. The United States’ diverse religious traditions encourage their members and broader communities to carry out their civic duties. At a time when our democratic processes and norms are coming under increasing threat from voter suppression and from foreign interference, faith leaders are among the many community leaders playing a critical role in strengthening our common purpose.”

CAP pointed to the UCC’s longtime Our Faith, Our Vote campaign. Its goal, as Blackmon described it, is “to equip people to vote their guiding life principles above political parties.” This year, OFOV’s new Civic Action Center offers online voter registration and education, which has been made more difficult due to the COVID-19 pandemic. The campaign is organizing informational webinars with a number of national thought leaders and is offering grants to congregations to engage in voter mobilization initiatives locally.

Blackmon said her faith is central to this work.

“As a Christian, I model my life after the earthly ministry of Jesus, an Afro-Semitic Palestinian who was born into a family of modest means on the less than desirable side of town. Most of Jesus’ public ministry was spent reaching out to those who were ignored in community and underserved by the ruling class,” Blackmon said. “In my quest to follow him, I am compelled to do the same.”

“But no matter the sacred text, people of all faiths share a common mandate to serve and care for our neighbor. It is this unified understanding of goodness that ensures democracy,” she continued. “Government by the people is indeed government for all of the people.”

The other named faith leaders in 2020 represent diverse faith traditions and a variety of approaches to voter mobilization and engagement. 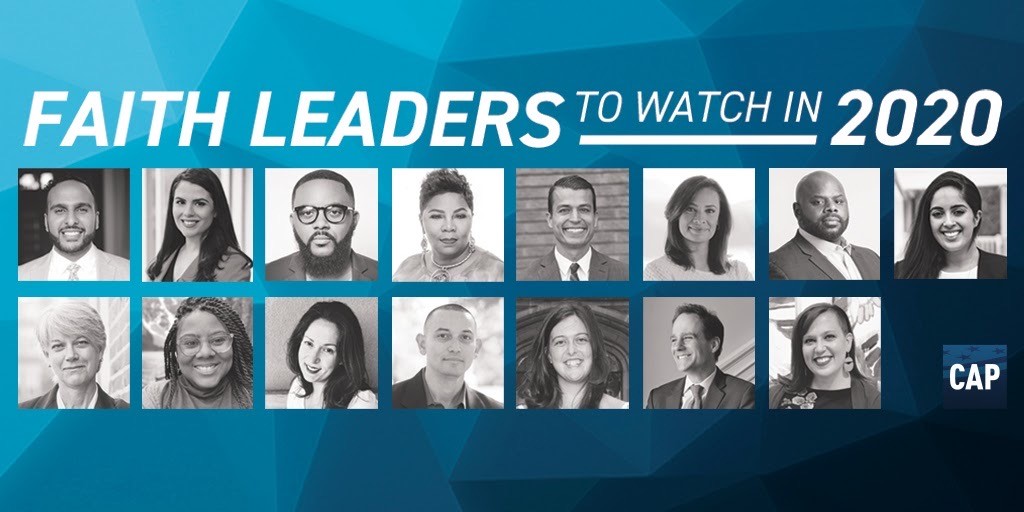 “These diverse faith leaders are working this year to get out the vote,” the article reads. “Their work feeds the soul of our nation and contributes to a well-functioning and healthy democracy.”

A number of UCC clergy have been lauded as American faith leaders to watch in the years since 2012, when CAP first introduced this annual honor.  General Minister and President John Dorhauer was recognized in 2017 for the important role that he and other religious leaders play in promoting a more just nation and world.